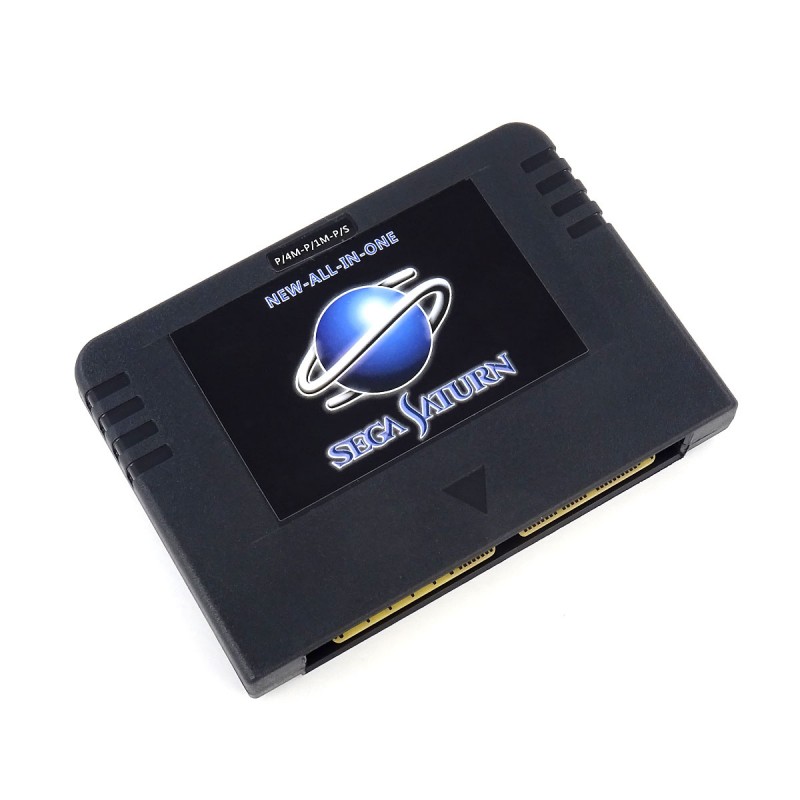 By buying this product you can collect up to 13 points. Your cart will total 13 points that can be converted into a voucher of €0.39.

Sega Pseudo Saturn Cartridge Version V6.314 All in One 8M Ram backup. This is the 8M Memory and 1-4 RAM CARD version.

The Pseudo Saturn KAI SEGA Cartridge will allow you to load Backups (recorded on CD-R) of any PAL / NTSC region on your beloved and appreciated SEGA Saturn console. It is not necessary to make any hardware modification to the console, just insert the cartridge in your SEGA Saturn and enjoy backup copies of your favourite games.

The Pseudo Saturn KAI SEGA cartridge is compatible with games from USA / Japan / Europe regions on both PAL and NTSC systems. Load backups of both CD-R recorded and games on SD card (in case you have a SD card reader installed on your console).

This is the version with more features and options of the Pseudo Saturn KAI cartridges. This version has 8M of ROM, which enables the possibility of Saving our Games, something that you can not do in other cartridges. In addition, this version has the option to choose between 1M and 4M of RAM, depending on the game we want to run. Let's not forget that there are many games that require expansion of the RAM memory in order to be played.

Another interesting feature of this cartridge is that it has a Cheat Menu which will help us in parts of games that are too difficult. The Pseudo Saturn KAI SEGA also has the option of automatically loading games.

The Firmware installed on this cartridge is version V6.314 but this is updatable via software in case a new version is released.

PLEASE NOTE:  Select the position of the switch before turning the console on