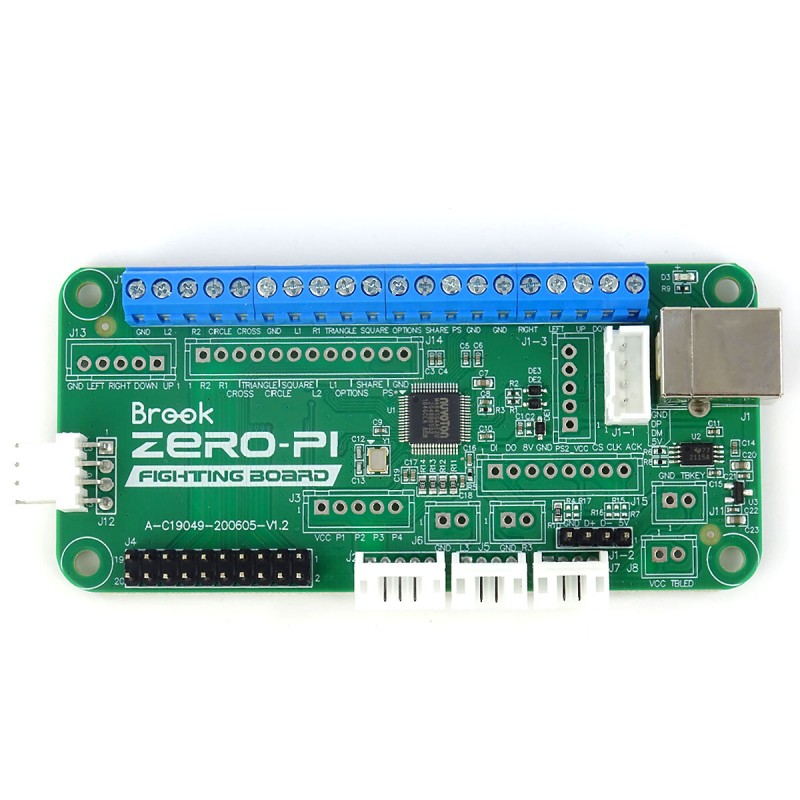 By buying this product you can collect up to 5 points. Your cart will total 5 points that can be converted into a voucher of €0.15.

The Brook Zero Pi Fighting Board USB Arcade encoder will allow us to connect our arcade controllers in a simple way. This encoder is compatible with the Nintendo Switch, PS3, PS2, PS and PC (X-Input), it also supports LED connection and turbo function.

The Brook Zero Pi Fighting Board is compatible with the Brook Playstation 3 to Playstation 4 Super Converter USB adapter so we can connect this encoder to a PS4.

One of the top characteristics of the Brook brand encoders, apart from its great compatibility, is that it is one of the existing encoders on the market with less LAG. Only 1ms of lag.

DP = D-Pad, LS = Left Stick, RS = Right Stick. Generally it is better to keep it as DP, but some games only accept LS.

To connect our buttons and joysticks we there are screw terminals to facilitate solderless connections and we also have a 20 pin connector compatible with the Brook Fighting Board Cable 20 pin Joystick Harness Joystick Buttons 2.8mm.

This board has SOCD Cleaner. This eliminates Simultaneous Opposite Cardinal Directions, so the controller cannot register multiple directions at the same time. This is an important feature for gamers playing on a HitBox, as they will benefit from this utility.

The firmware of the Brook Zero Pi Fighting Board encoder can be updated through the USB connection of the board in a very simple way. It is important to check if updates are available frequently as they add new features and upgrades to our Brook boards. 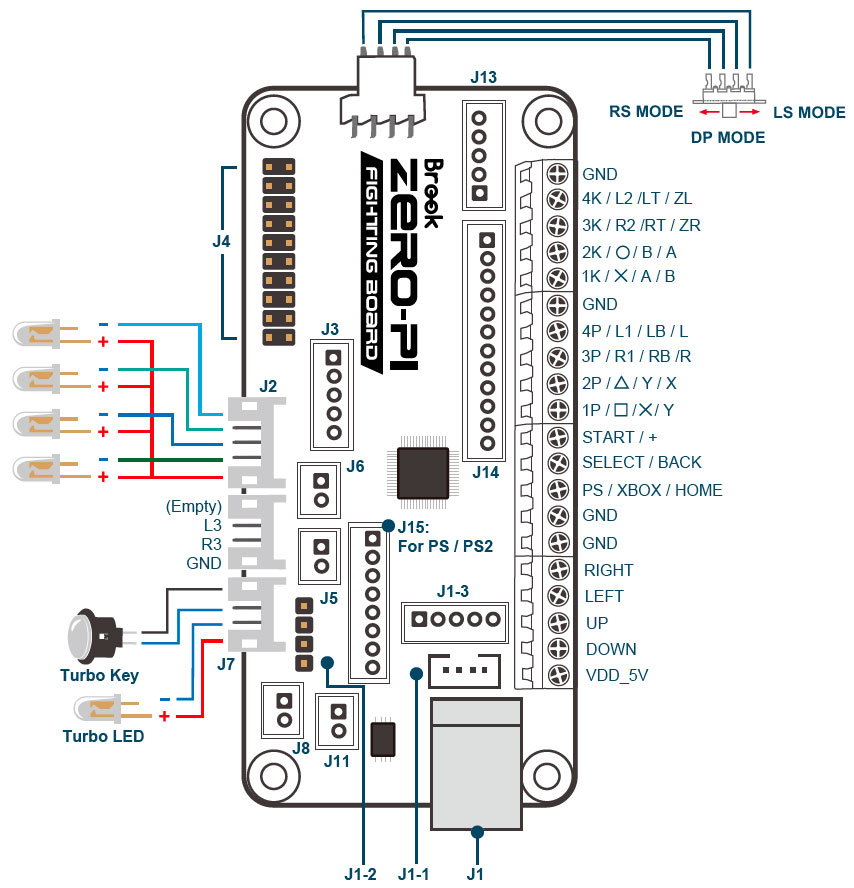