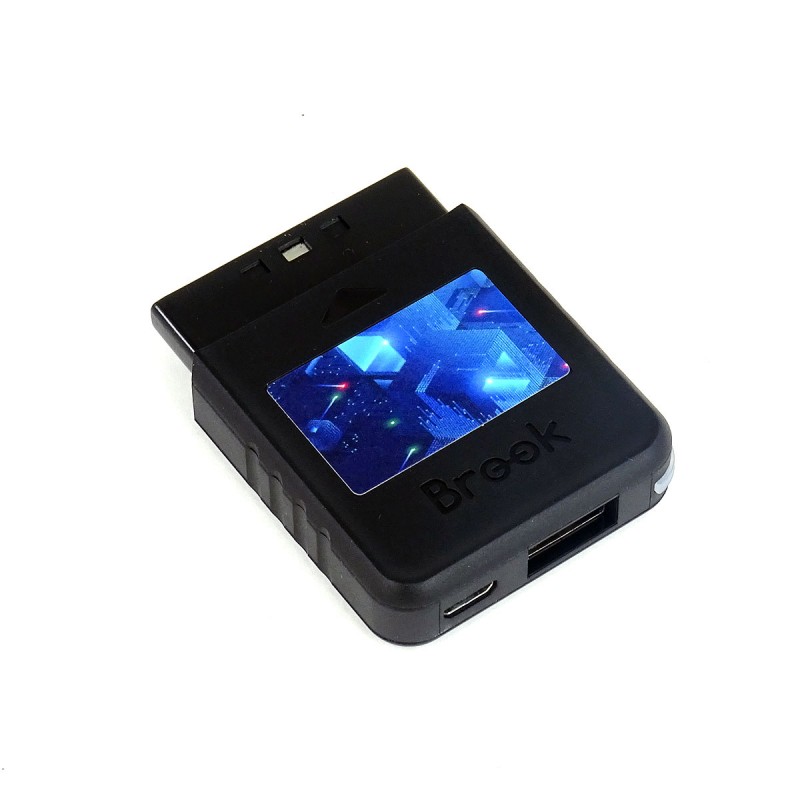 By buying this product you can collect up to 9 points. Your cart will total 9 points that can be converted into a voucher of €0.27.

The PS2 (Playstation 2) console is still the best-selling and longest-lived console of all time. In addition, it also has the largest number of game titles, many of them becoming undisputed classics and valuable memories and nostalgia for many retro gamers.

The Wingman PS2 converter adapter has been created exclusively by the company Brook. This multiplatform adapter for gamepads allows us to play the classic games of the PS2, PS and PS classic consoles with our new generation controllers. In addition, this great adapter also includes Turbo and Remap functions which offers a wide range of different game modes for the same title.

The Brook Wingman PS2 adapter is compatible with PS2, PS and PS Classic consoles. With this adapter we will be able to play in classic consoles with our favorite controllers. The Brook adapter has been designed with the same format of the memory card of the PS2 console.

The Wingman PS2 converter unleashes the full potential of our controllers thanks to its Turbo function. We have five firing speeds that will allow us to skip the long and repetitive clicks so we can shoot without stop or getting tired.

The Wingman PS2 offers full configuration of the buttons of the controller (Remap) which will allow us to create different custom configurations for each game / console.

Brook Wingman PS2 converter is compatible with more than 125 controllers, including PS5, PS4, Xbox One, Xbox One, Elite2 and Xbox 360; so we can play our favorite games without any restrictions. (To see the complete list click on the links at the end of the listing). 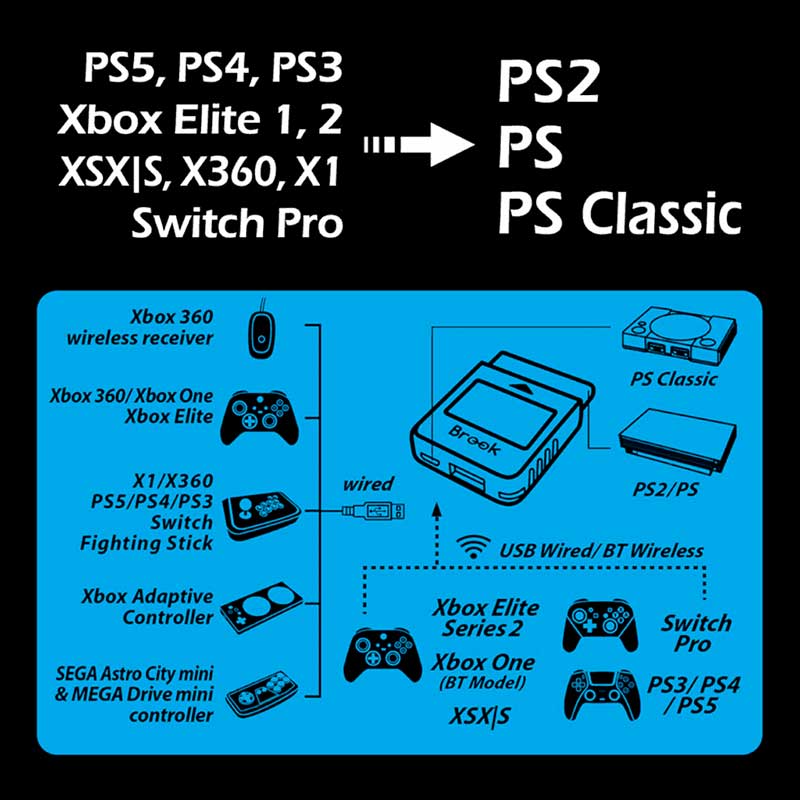